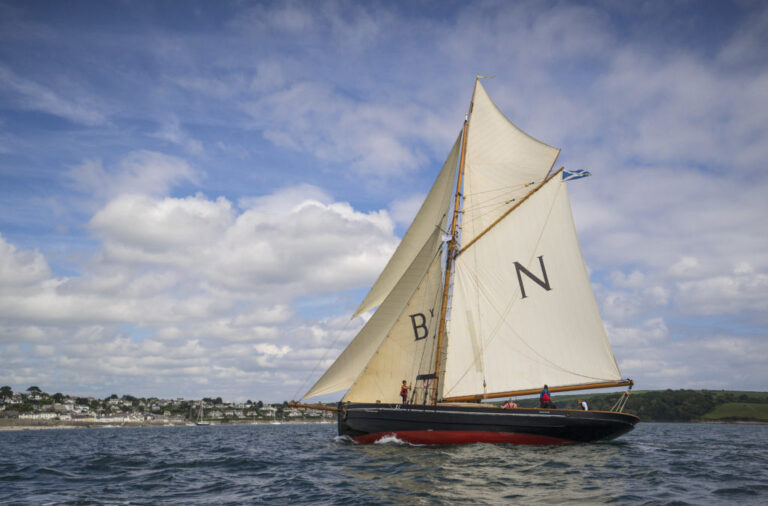 After three days of racing and parades, the Falmouth Classics event – sponsored by Tilley Endurables – was a great success. With 164 participating boats from all around the South West and elsewhere in the UK, France and the Netherlands, Falmouth Classics is one of the largest Classic events in the country. Falmouth Haven was crammed full of luggers, pilot cutters, gaff cutters of varying sizes and Bermudan rigged classic craft. The view of all the beautifully restored and maintained classic boats on the water during the main Parade of Sail and Power was a definite highlight of the weekend.

The increasingly popular event attracted 39% more boats than in 2015, and crew numbers were over 500. Together with the International Sea Shanty Festival, the Falmouth Classics attracted an estimated 25,000 visitors to the Falmouth area.

Well over half of the participating boats entered the three races providing the public with opportunities to view vessels up to 100’ racing in fifteen classes around the marks in the Carrick Roads and out to Gyllyngvase. Of particular note were Grayhound, based on an 18th century revenue cutter, with her distinctive sail plan and the French lobster boat Skellig on her first cross channel sail from Brittany and entering her first race.

Friday provided some exciting racing in winds up to force five, which meant that a number of boats retired. Saturday provided less wind and was dry and sunny. The larger gaffers and Bermudan rigged boats went out into the Bay turning at Gyllyngvase whilst the working boats with their colourful topsails and vessels under 40’ raced in the Carrick Roads.

Despite a damp and misty morning on Sunday, the main Parade of Sail and Power, led by the Falmouth all weather and inshore lifeboats and headed by the beautiful 1938 8-metre yacht Pinuccia – owned by Falmouth Classics partner sponsor Hotel Tresanton – was simply stunning. The oldest boat in the parade was Mermaid built in 1860 and probably one of the oldest yachts still afloat, whilst the newest traditionally built boat was Lively constructed by its owner James Baker and launched in 2015.

The Fal River Enterprise Boat Moyana acted as the VIP boat during the Parade of Sail and Power with Vice Lord Lieutenant Ellen Winser, Vice Chairman of Cornwall Council Mary May and Falmouth Mayor Councillor Grenville Chappel aboard along with the sponsors of the event.

A Parade of Small Boats under 20’ was a new introduction to the event and took place on Sunday afternoon. Twenty-four boats from gigs and small rowing skiffs to small powerboats participated. The National Maritime Museum Cornwall (NMMC) showcased four of the museum’s collection. Crews included members of the University Sailing Club, Falmouth Sea Cadets, Falmouth Sea Scouts and NMMC volunteers. The oldest boats participating were Daisy Bell launched in 1890 and Eela an Orkney skiff dating from 1905.

John Davison, the Chairman of the Falmouth Classics Association, says:

“Falmouth Classics was a huge success. With thanks to all the participants, our title sponsor Tilley Endurables, partner sponsor Hotel Tresanton and all other sponsors and advertisers. I would also like to say thank you to all our volunteers, without whom this event simply would not have happened.” 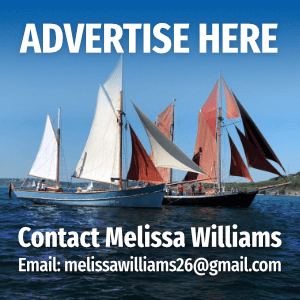