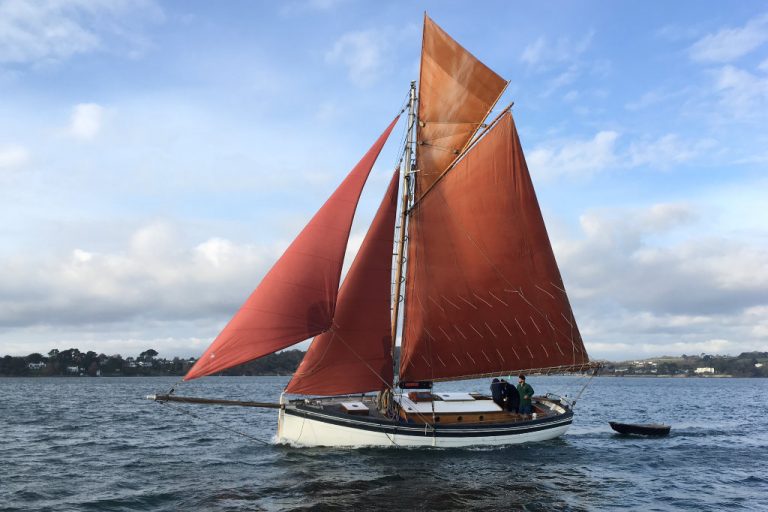 Originally built in 1897 as a Lugger by Kittos in Porthleven, PEGGY H fished along the South coast until she was converted to a gaff sloop around the 1930’s.

She has had several major rebuilds in her lifetime and has just undergone and extensive refit over the last year.

She has been sailed, lived on and loved by many different people and is currently residing in Penryn, Cornwall.