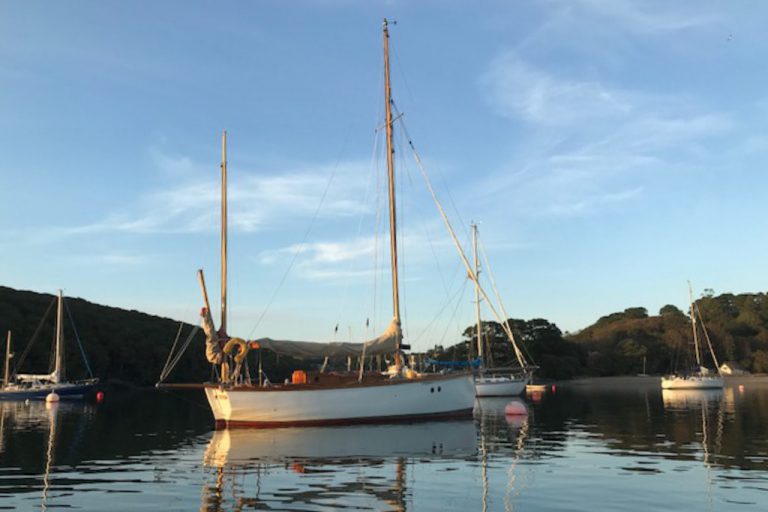 Launched in 1930, Mata Hari was built as a yacht by R S Burt at Flushing, Cornwall for R.E Saunders who lived on board during the summer months. After two years she was bought by Commander Luard, author of “When Tides Meet” published in 1948 in which Mata Hari is mentioned.

She was based at various times in Dartmouth, Scotland and Falmouth until her 14th – and most adventurous – owners bought her in 1989 and took her on distant cruises, having a child along the way and returning to Cornwall in 1994.

The Falmouth shipwright, Pat Crockford, found her at Martin Heard’s yard at the top of Mylor Creek lying in a forlorn state. She had been sailing as a cutter after her mizzen mast was removed in 1959 and Pat Crockford restored her original rig. He did extensive further work on the skylight, cockpit, sails and rigging and installed a new engine, the current Yanmar GM30.

After this she cruised the West Country, Scillies and Ireland. Subsequently she was taken on by Roy Aldworth who meticulously refitted the interior woodwork, bonded Douglas Fir planks on top of the plywood deck overlaid with woven cloth and epoxy resins, and ingeniously re-designed and rebuilt the cabin entrance and ladder.

Her current owner keeps her on the Helford River and at Gweek Classic Boatyard.