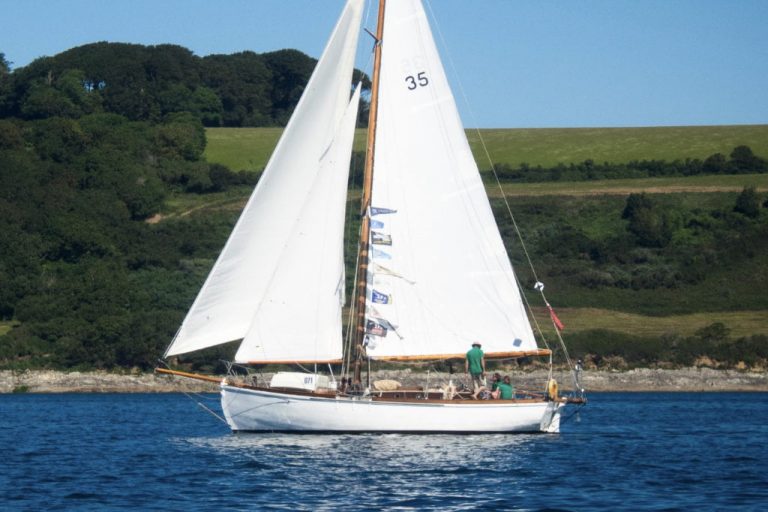 A Harrison Butler Kkamseen class Bermudan cutter. Mat Ali was built in Malaysia in 1935 for EJC Edwards, an Englishman with connections to the Helford River area. She is constructed of a Malaysian hardwood called Chengal and was built using hand tools.

Mat Ali was launched on 1st January 1936 and cruised extensively by Edwards in Malayan waters for 16 months. In May 1937 she was shipped to Port Said and sailed to the Helford River via the Aegean Islands, Corinth Canal, the Straits of Mesina, and the Canal du Midi (Cette to Bordeaux). Edwards cruised around Great Britain and to Brittany until the Second World War forced her sale.

Charlie and Mary, Mat Ali’s current owners, keep her in Dartmouth and they are still in touch with most of the previous owners back to the 1980s.