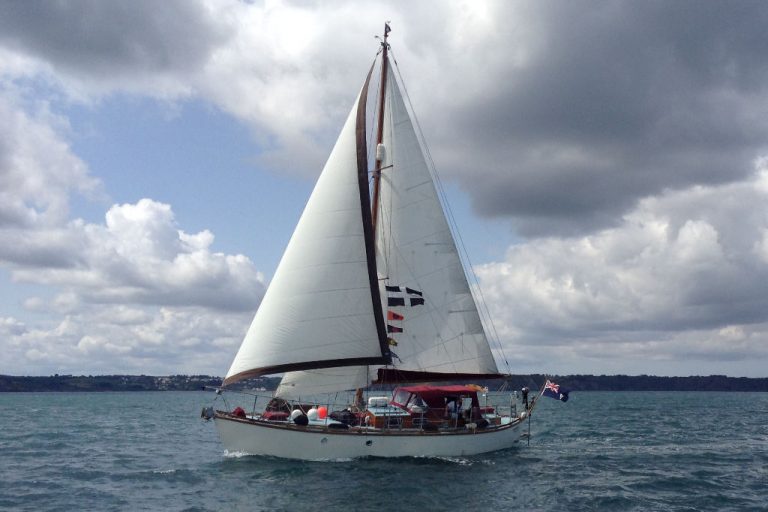 An 18 ton Hillyard bermudan cutter from the famous yard of David Hillyard in Littlehampton. Maffick is one of the larger designs, built in 1964 with the typical canoe stern, straight keel and a full bilge with a chine just below the waterline. Maffick was originally called Campari – the change in name took place in 1995 and the bible used in that renaming is still aboard!

Prior to 2012 she was cruised extensively by the then owners who put the boat through a major refit, including new deck and superstructure by Hillyards and replacement of all systems.  They then started a 30,000Nm journey that took them from Russia to the Caribbean and America in which the boat was thoroughly tested and put through her paces.

She was then used as a live aboard and local cruiser in Plymouth until 2017 when she moved to her current owners. Having had a hard few years Maffick is now at the start of a long restoration to her previous ‘poster girl’ glory which saw her used in literature for Hillyards yard following her success in classic races in the Caribbean.