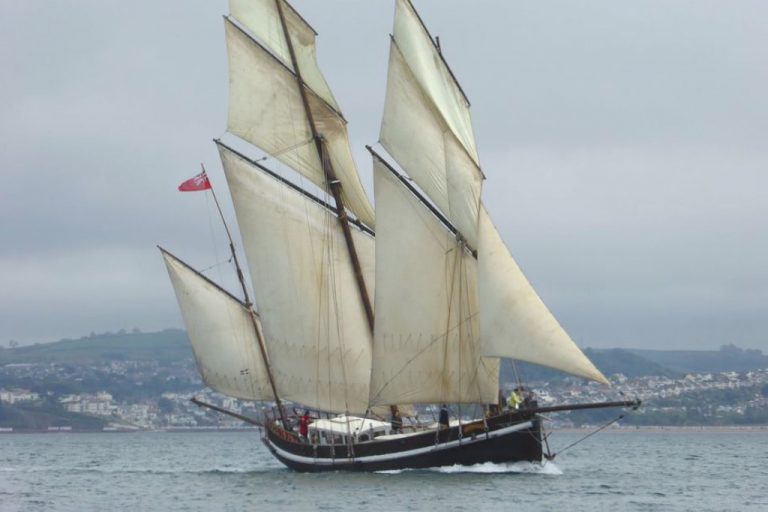 Grayhound was built by Marcus and Freya Pomeroy-Rowden. The well respected boat builder, Chris Rees, brought the plans of the 1776 Revenue Lugger Grayhound to the table, and also agreed to take on the design and head the build. She is a 5/6th scale replica of a three-masted Customs Lugger built in 1776 in Cawsand, Cornwall, UK.

She was launched on the 4th of August 2012. Grayhound carries a Category 0 licence for world-wide travel. She can carry 10 passengers and a crew of 5. She is armed with two cannons.

In 2019 the current owners and care takers, Wille Christiani and Oskar Hejll bought Grayhound. She now sails with voyage crew on adventures and carries cargo. The intention is to be part of an ecological as well as an arts projects. And one day Grayhound will reach the shores of Greenland!