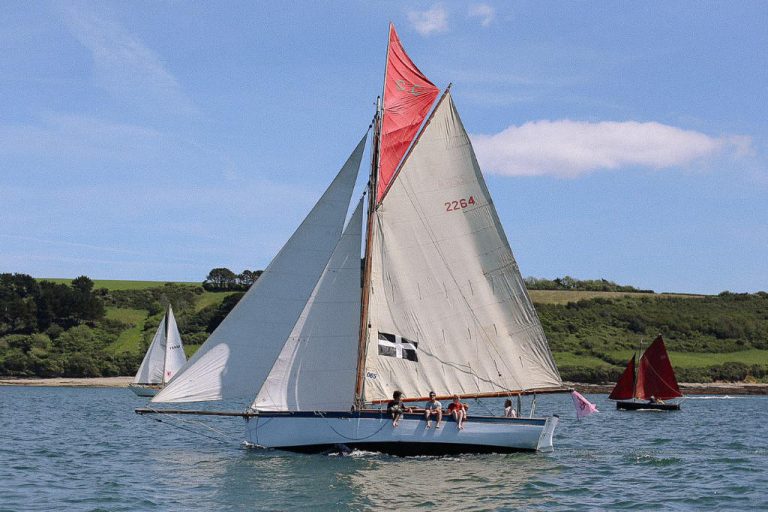 Originally lug rigged George Glasson was built in Porthleven by Kittos in 1898 for Pilchard fishing in Mounts Bay.

Converted to Gaff rig in the early 1900s to work for over 70 years owned by the Laity family of Flushing dredging Oysters in the Fal.

Converted with a cabin for racing and cruising in 1980/90s by local boat builder Pat Crockford.

Sold to Looe in the early 2000s before being brought back to the Falmouth area in 2015.

The current owner has been carrying out an ongoing refit, she first sailed local waters again 2021.