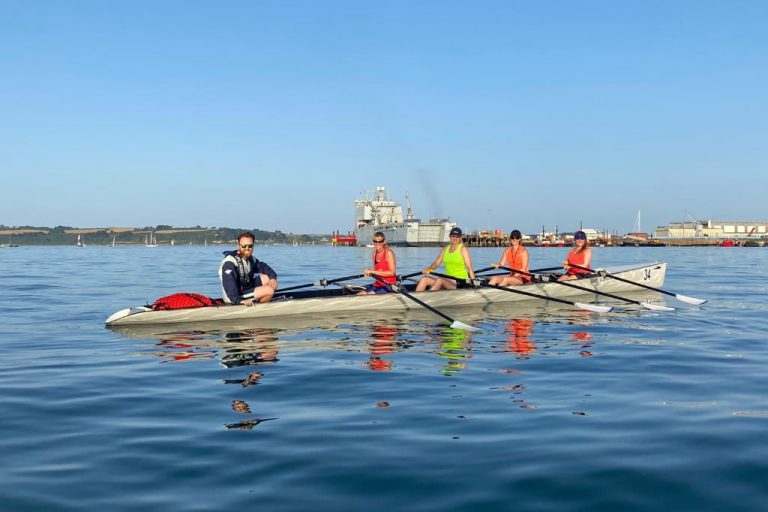 A Rushworth, launched in 2008, which was the racing class for the 2008 World Coastal Rowing Championships. Since then, these boats were filtered in to other clubs around the country but very little saw the sea again.

Since Carrick’s inception in 2020 we have scoured the country to find these boats and reunited them with the ocean. Carrick now has 2 Rushworths and one Eurodiffusion boat which was French made in 2003.