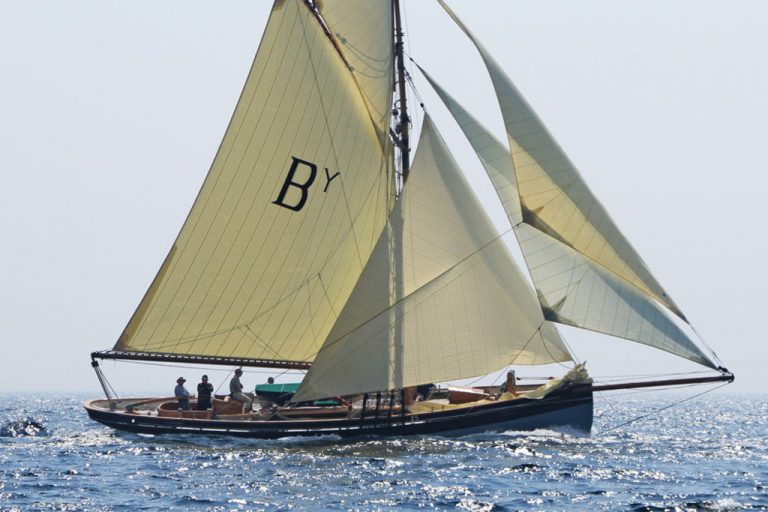 Built in 1911 by J Slade & Sons, Polruan, Cornwall, CORNUBIA was the second pilot cutter built at this yard, and was given the Roman name for Cornwall.

The original brass and copper shield of the Cornwall coat of arms is still mounted on the saloon bulkhead.

Her owner was the Barry pilot George Morrice who, after paying the builder £350 and collecting CORNUBIA from Polruan, found a ship off Lands End also bound for Barry, shipped aboard as pilot and earned £75 in dues.

He continued to use her to pilot ships in and out of Barry for ten years, operating as Barry No. 25.

In 1982, when named Hirta, she was bought by the yachting author Tom Cunliffe and fitted out for ocean sailing on the Medina, in the Isle of Wight. Cunliffe, with his young family, sailed her to Norway, Iceland, the Faeroes and America, in the wake of the Vikings and later wrote about the journey in ‘Topsail and Battleaxe’.

In the same ownership Hirta made many voyages, including sailing to the West Indies, Azores, Russia, Denmark, Sweden, Estonia, Finland, Spain and France.