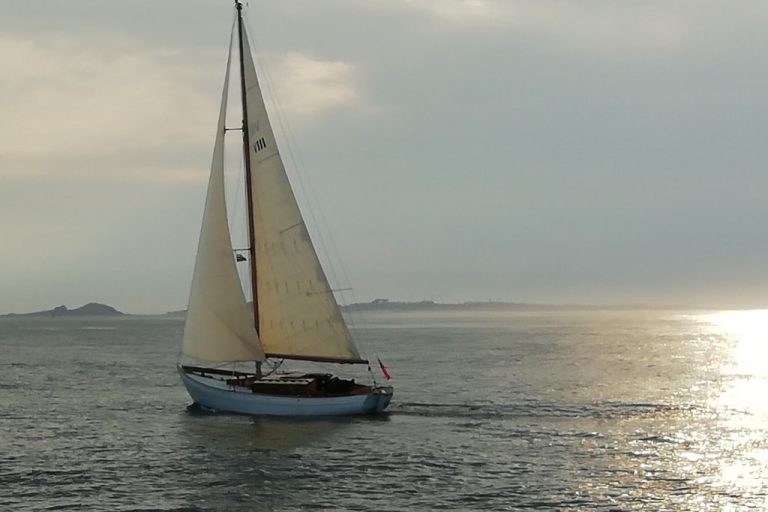 A Vertue launched in 1939 Sail Number V111. Finished 1st in Class in the 1939 Round the Island Race but was then laid up in Cowes during the war years.

1953 – 1973 owned Mr and Mrs Lewis who cruised on the South Coast, Brittany, Holland and the Baltic.