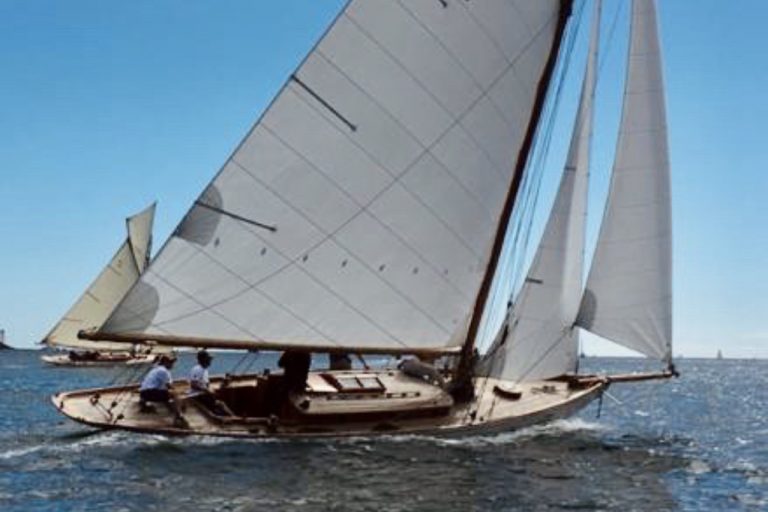 Built in 1922 by Aldous of Brightlingsea, Essex to a design by the Managing Director Arthur Boyes. She was owned initially by Arthur Boyes who raced her very successfully in local events on the River Colne and further afield in her second year.

A later owner sailed her to the Mediterranean where she participated in classic regattas in 2001. Soon after the second World War the rig was changed to a Bermudan sloop rig and later a cutter but in 2000 was returned to gaff.

Bought by Richard Bond in 2015 she was rebuilt by Peter Williams.