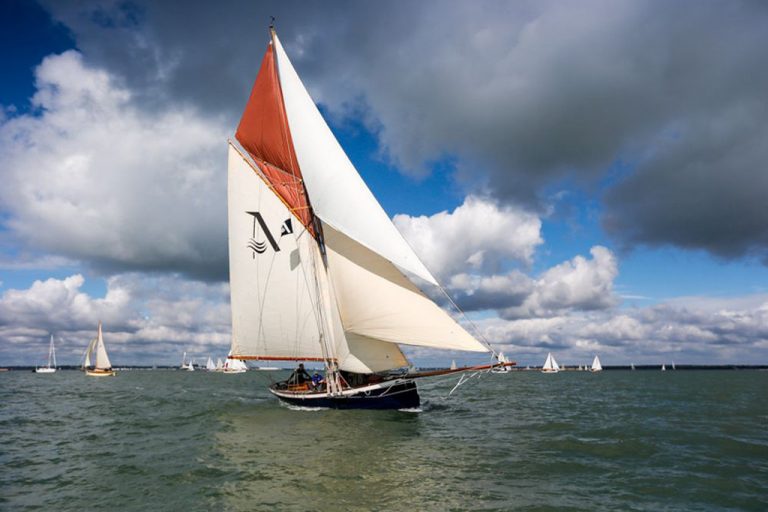 Originally built in 1904 in San Diego California, designer unknown but using Kunhardt to develop a GL Watson inspired rig. She was owned and raced locally and later was used for chartering. She was rebuilt in 1982/3 as an exact replica with the keelson as the only original timber. Double planked in cedar to the waterline with light timber frames of ironwood, fir planks for the topsides, triple layered decking finished in Port Orford cedar and low bulwarks. Ironwood has been used for beams and structural timbers.

The spars and sail plan were replicated which, in the prevailing style at the turn of the last century, was over canvassed with a boom 10ft beyond the transom and light spars. This may have been suitable for inshore racing but produced excessive weather helm and an unseaworthy boat. She was seldom sailed and spent more time laid up on the quayside.
In 2003, she was imported to the UK, and had extensive work done on the hull and deck and an engine was installed but she only occasionally sailed.

In 2008 she was purchased her current owner who did some experimental sailing and commissioned the late Ed Burnett to produce a balanced sail plan. She is based in the Hamble. 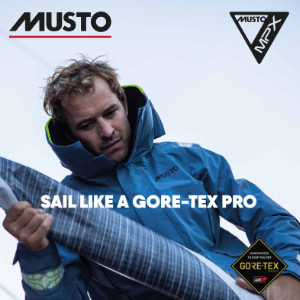 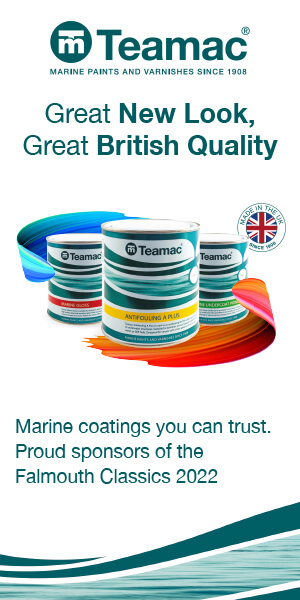