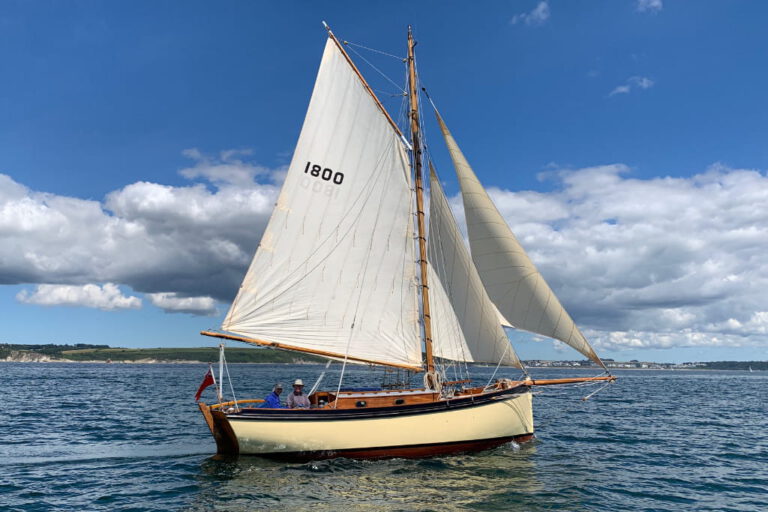 Designed by Roge Dongray, “Mary Ritchie” was built by the late John Fuge with assistance from Ted Luck and Peter Williams for the current owners and launched at Golant in 1992. She is planked with pine on oak frames, the design shows the influence of Falmouth Working Boats and Falmouth Quay Punts. There is one sister vessel, “Hester” which was built in 1977.

“Mary Ritchie” was moored on the East Coast for 21 years before returning to Cornwall in 2013. She has particpated in several East Coast Old Gaffers events, three Dutch Classics and regularly competed in club racing on the River Crouch. Since returning to Cornwall she has particpated in several Falmouth Classics and South West Gaffers events and in 2016 sailed to Brest and Douarnenez.