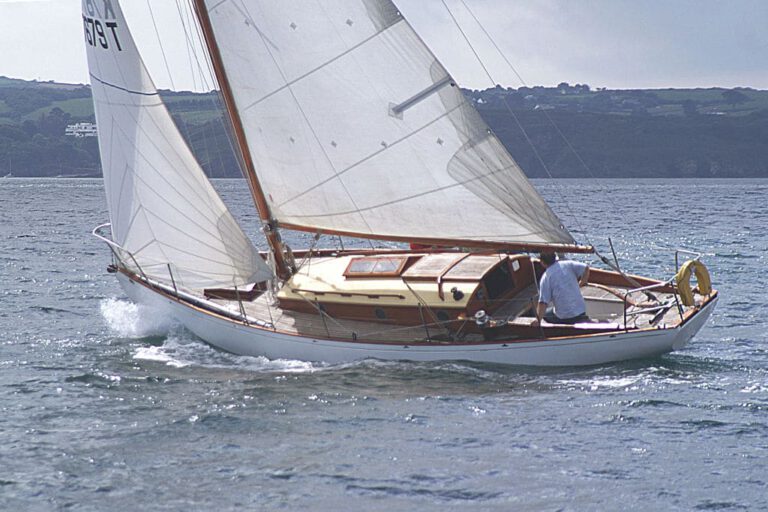 Maid of Islay is an Robert Clark Design, Inverie Class, Bermudan Sloop. She was built in Fife in 1939 by James Miller and Co Boat builders, along side her sister ship Invertiel.

She spent many years sailing the coastal waters of the south of England before falling into disrepair. She was purchased as a rebuild project by the current owner John Andrew, arriving in Malpas in 1990 and leaving 5 years later.

She became a regular sight racing in the Carrick Roads, until the strain of club racing began to show. She now enters Classic regattas alongside other ladies of a ‘certain age’. She is constructed of mahogany on oak frames.