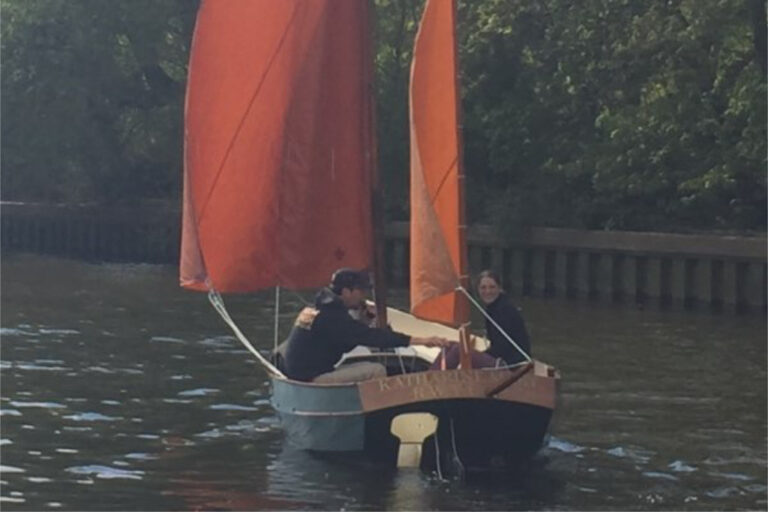 The original prototype built by John Watkinson, and named after his wife who was the inspiration for the class design. She has been kept by a few owners over the years and was purchased by Churchouse boats and refitted to mark the 50th anniversary of her first appearance at the London Boat Show.

Since then, she has been kept out of the water until her current ownership. This year she has been undertaking a variety of river and sea trials and survives in remarkable condition, with a number of distinctive features that mark her as separate from the later production models, including a swinging rudder, original Crusader sails, and more scuppers than were probably necessary (later models had one rather than five!).