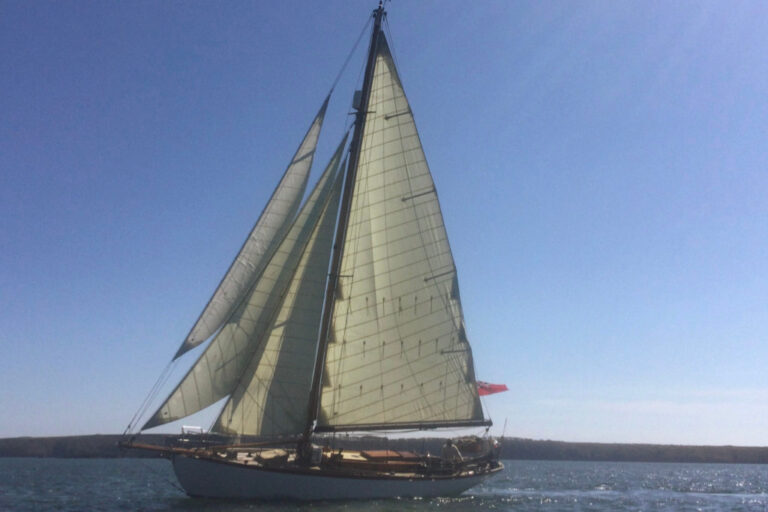 Driac is a 40ft Bermudian cutter with spoon bow and counter stern. She was a one-off design by Charles Nicholson and constructed at Gosport by Camper and Nicholsons in 1930. She was built for A H G Macpherson and he named Driac after the wealthy Scottish industrialist Sir James Caird who had supported him financially (Caird spelt backwards is Driac, pronounced Dryack).

She is an exceptionally well designed and built cruising/racing yacht and attracted the attention of Uffa Fox (the leading innovator in boat design between the wars) who wrote enthusiastically about her in his 1934 book ‘Sailing, Seamanship and Yacht Construction’ saying ‘she is so near to perfection, with her seaworthiness, comfort and speed.’ In 1930 the owner sailed her 5,000 miles to Malta and back, an unusually ambitious voyage for a small yacht at that time which won him the Royal Cruising Club Challenge Cup.
She will enter the Three Peaks Yacht Race for the fourth time this year.

In 2015 Driac was substantially refitted and Coded for commercial use in Category 2 waters (up to 60 miles from a safe haven). Since then she has been been running RYA courses out of Milford Haven.

Driac is now for sale owing to deterioration of her owner with age. Interested parties should make themselves known.